2013: English course to the students of the linguistic department.

2009: course of Bamanankan taught as second language to the students in Linguistics License 2;

2009: Bamanankan teacher at “Ecole Liberté A”, a French school in Bamako.

2008-2011: 3 years on temporary contract for teaching the following subjects:

Translator-interpreter of the American NGO « Medicine for Mali » for malaria prevention and for the treatment of many diseases in 8 villages in the south of Mali (both simultaneous and consecutive translation English French Bamanankan during conversations, meetings, assessments, lectures and during the information, education, communication campaigns in those villages);

- Coordinating the syntax of the term used in the site in the following languages: bamanankan, bomu, fulfulde, dɔgɔsɔ, shεnara, sɔŋay, tamasheq, wolof ;

- Coordinating the syntax of the term used in the software in the following languages: bamanankan, bomu, fulfulde, dɔgɔsɔ, shεnara, sɔŋay, tamasheq

- Coordinating the syntax of the term used in the software in the following languages: bomu, fulfulde, dɔgɔsɔ, shεnara, sɔŋay, tamasheq

2013: translation of the bamanankan interface of NavexGlobal services

- March 2005 to October 2007: joint author in the development of a monolingual electronic dictionary of more than 13.000 entries in Bamanankan with some appendices such as a French-Bamanankan lexicon (10.000 entries www.taki.org), Mali family names (700), bamanan proverbs (1000), bamanan phrases and expressions (500);

October 4th 2008: giving a lecture for 45 minutes on the theme “marital status: birth certificate, marriage certificate, death certificate” for more than 100 listeners in the rural municipality of Ndlondougou, Dioila;

- Giving lecture on the theme « the share of national languages in the socio-economic development process in mali: the experience of functional literacy (balikukalan) in CMDT zones” in front of more than 300 students at FLASH for 3 years;

February 28th, 2008: associate leader in the workshop of harmonizing and validating translated terminologies from French to Bamanankan at Stromme foundation

August 04-10th, 2008: associate leader in the workshop for the conception of a literacy document in Bamanankan and in French on Wale program at STROMME FOUNDATION;

April 28th, 2010: participation in the workshop for the conception of literacy books for popular education institute (IEP) in Kati.

8. Competence in working with computer

a - Training in 3 modules of office automation (Windows Word, Excel, Power point) from February 01st to March 16th 2004 in the informatics room of FLASH

Windows Word: general and special typing. Daily treatment of texts in the computer at home or at the office or better during the meetings.

Transcription of epics and writing my own documents (novels, epics, memoires). Home training agent of some brothers and sisters in addition to some of my friends and some students.

Excel: Working with excel calculation files during my research about terminology. Helping the linguistics department of FLASH in typing the student lists and their marks.

Internet: receiving and sending messages, research. Group or individual research on the web. From September 2009 to January 2010, hired by the  society MOUSSA BALA FOFANA & SONS to perform the following activities :

- Sending and receiving messages of the society from everywhere in the world.

- Looking for new partner societies on the internet both in English and French. Report about the logistics from the shipping companies.

b - Training in computational linguistics: Informatics applied to Mali national languages from January 10th to 25th 2005 at FLASH done by ACALAN (African Academy for Languages).

I hereby certify that the information in this curriculum is equal to true. 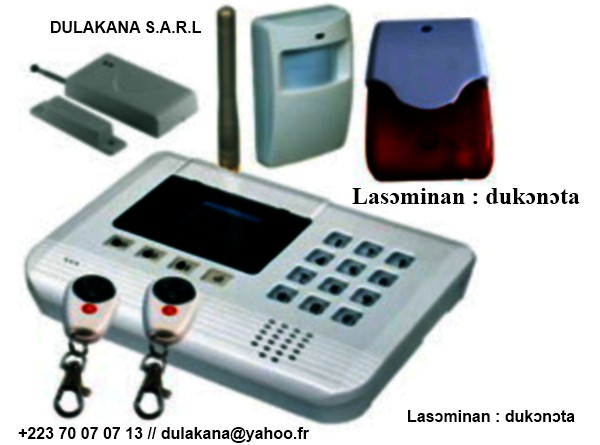